Dr. William Tiller, Professor Emeritus, Stanford University, author of eight books, 250 scientific papers and co-star of the film What The Bleep!?, has been conducting research on how the physical properties of a room or space change as a result of energy healing frequencies entering that room.

Dr. Gary Schwartz, along with Drs. Melinda Connor and Ann Baldwin from the Laboratory for Advances in Consciousness and Health at The University of Arizona, focused their research on the people who attend Reconnective Healing seminars. Dr. Schwartz and his colleagues conducted their “baseline energy healing” studies both at Dr. Schwarz’s lab at the University of Arizona and at Reconnective Healing seminars around the world. These studies measured people’s abilities to work with, feel, transmit and receive light and other electromagnetic frequencies before and after they attended the seminar. 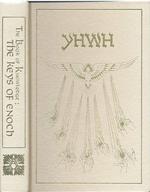 ​James J. Hurtak, Ph.D, Ph.D Social Scientist and Futurist. Author of over twenty books including the bestseller "The Book of Knowledge: The Keys of Enoch®,” which has been translated into ten languages. Founder and President of the inernational Academy for Future Science. 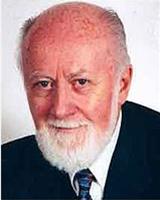 offering  Reconnective Healing® and The Reconnection® 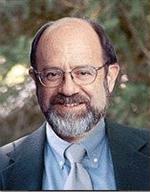 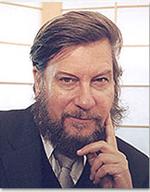 Konstantin Korotkov, Professor of Physics at St. Petersburg State Technical University, Russia was a keynote speaker at our Los Angeles Mastery Conference in October 2009. He has studied Human Energy Fields for over 40 years and his research team has developed a camera that is able to photograph these energy fields.  The GDV, or Gas Discharge Visualization, Korotkov says, "makes the old Kirlian cameras look like a bicycle compared to a Mercedes." His work has vast implications and applications in the fields of medicine, psychology, biophysics, genetics, forensic science, agriculture and ecology, to name just a few.

Papers on Reconnective Healing by Dr's Konstantin Korotkov, Gary Schwartz and BillTiller have been published in Russian and will soon be translated and available to us. Korotkov said: "I was skeptical last year when The Reconnection approached me but after seeing the results of the testing we did at the 2008 conference I have no doubt that this is a new step in human development." "Reconnective Healing is absolutely different than other healing modalities. From the experiments we have reached a very important conclusion :  When we do Reconnective Healing we tremendously change the environment."  "Testing done before and after healing shows a very large difference" "Different people have different results, some have higher results than others" "One person tested was adding another energy healing technique while doing Reconnective Healing and he is the only one who's results dropped"   This shows us that adding anything to Reconnective healing tends to dimenish the outcome.  This is exactly what Eric has been teaching over the years. "When people are involved in this healing, they are also receiving self healing"

Science of The Reconnection

Exploring The Next Level of Healing for Humanity